OTHER STUFF AT THE CREW

Besides the monthly First Wednesday sessions held in The Queen's Hall,(details elesewhere under "Forthcoming attractions" button)  in May Julie Julie will be appearing with support from Paper Circus.

​In October 2019, The Ragged Bear Festival returns. Already booked in are Merry Hell, Said The Maiden and Trials of Cato. Below left you can see  the 2018 line up, as a reminder of what you can expect.

​COMMUNITY FUNDRAISING
Our Charity Night in December 2018 raised £200 thanks to the unpaid assistance from Paper Circus and Drunk Monkey, who did a set each side of the interval. Loads of other performers lent a hand too. We divided the collection between Nuneaton Foodbank (see below) and Anker Hospital Radio(above). Well done to all.
FAREWELL BEDUFF?
November 2017 saw the last Bedworth Folk Festival in its existing format. Just look at the Guest List on the poster below!

CHANGE OF VENUE FOR ATHERSTONE FOLK CLUB
Our neighbours up the road at Atherstone Folk Club have relocated. They are now no longer based at the Church End Brewery Tap in Ridge Lane. Their new home is The Rose Inn, Main Road Baxterley. (Post Code CV9 2LE)  Their evenings remain on the third Wednesday of every month.
Thank you letters  (see below) from the two  organisations which our November 2016 audience raised funds for. 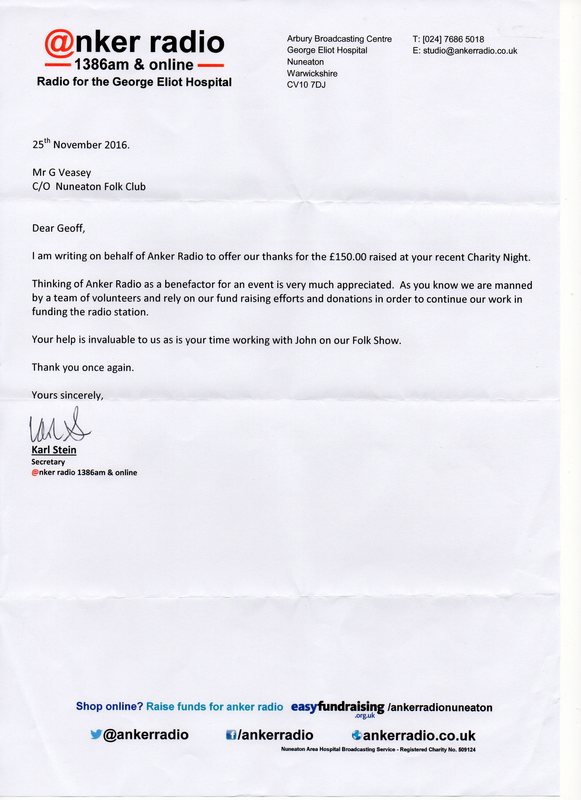 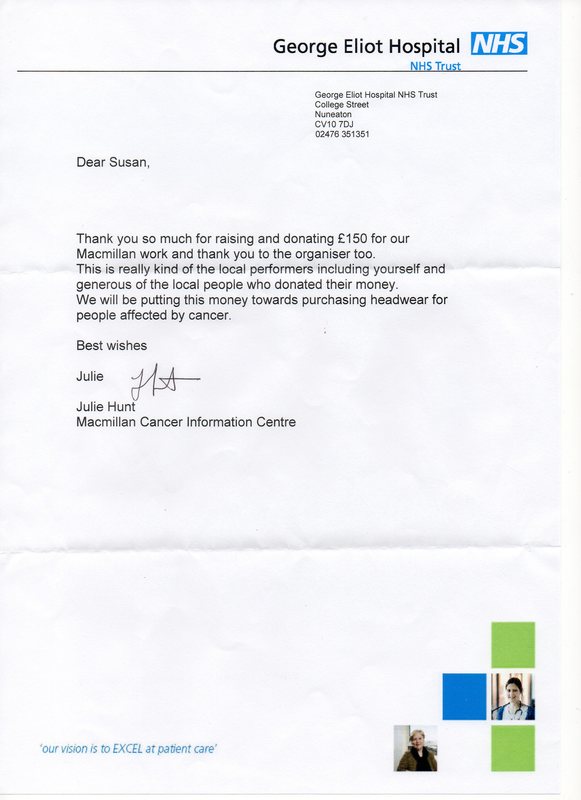 John Richards had a lot of enquiries about his instrumentation whilst recently on stage at The Crown. He explains for those who have asked :
"Apparently a few people were asking what one of my instruments was at Nuneaton Folk Club last Wednesday. So would you mind sharing this on the club's website please ? The instrument in question is a flatback Bouzouki made by the wonderful Luthier Ralph Bown of York. Like a mandolin it has 4 pairs of strings and I also use it tuned like a mandolin (GDAE) as opposed to the favoured Irish Bouzouki tuning which drops the first string from E to D. It's remarkable how the Bouzouki has been so successfully adopted into UK and Irish folk music given that it was only really introduced by Johnny Moynihan in the mid 60s. Cheers! "                 Cheers, John.
Gren Morris
We had hoped to include Sam Stephens and Gren Morris in our 2016 Guest List, but Sam is currently fighting a losing battle against a condition which has stopped him playing guitar altogether. Poor Gren died in January 2016 after a brave fight against life-threatening illness. A huge loss, and a great talent gone. 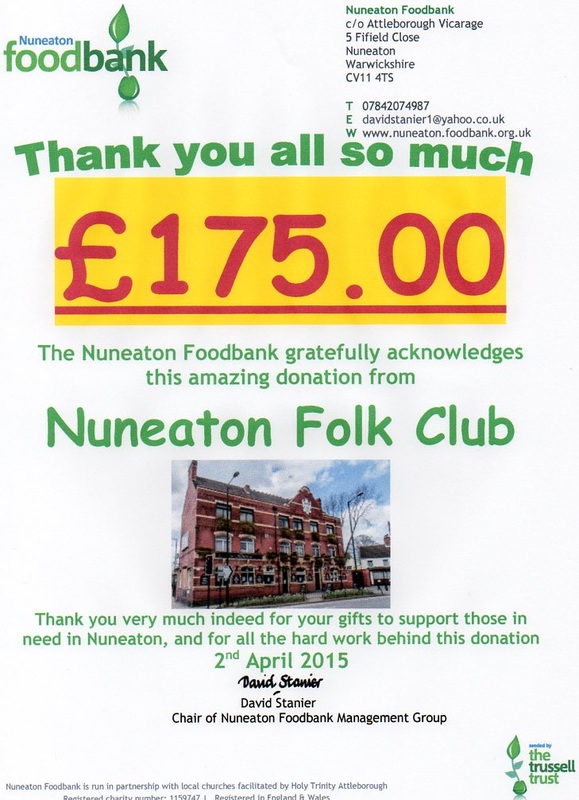 In March,  Malc Gurnham and Gill were our featured guests. Gren Morris and Sam Stephens joined us for the first time.  Nunc, Dave Webb, Sue Sanders, Finger in The Jar ,Dragonhead and Sly Old Dog , Bob Brooker all returned.

Our February 4th session featured Phil Hare as our principal guest. Also making their NFC debut that night were Dragonhead. Big Respect to them, as they kept a Folk Club going in the Town before NFC arrived. On the same evening it was  a first time at The Crown too for The Somerville Gents, joining us from over Leamington way. John Kearney,  Nunc, John Kearney and Des Patalong made welcome returns.

﻿Our Guests in December 2014 were ﻿CAROLE PALMER and MARIA BARHAM. You can read more about them elsewhere or by following Links to their own pages.